Get fresh music recommendations delivered to your inbox every Friday.
We've updated our Terms of Use. You can review the changes here.

from Miracle on Neon Clown Avenue by Cannonball Statman 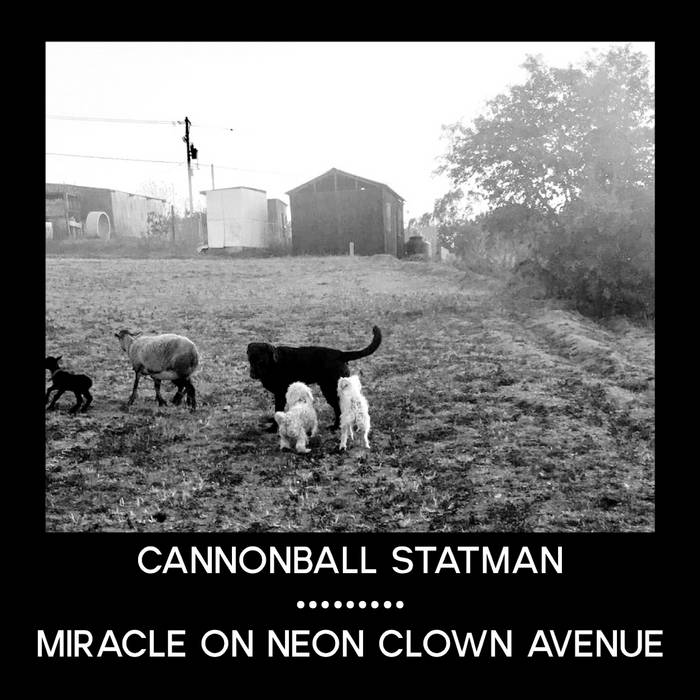 Love songs.
You're singin' in the background,
but I can't hear you breathin';
I wanna hear you screamin',
'cause I've got this crazy feelin'
like I'm gonna explode.

...to our friends, while we're eatin';
wild hearts beatin'.
We’ve got this crazy feelin'
like we’re gonna explode.

Nothin' could tear me away from you;
you're the best, man.
No, nothin' draws me in like you do;
you're the top, man.

My eyes have been tethered to you
since I knew you were here;
cut from a cosmic cloth,
cut out of the blue.

Cannonball Statman is a musician from New York City. He has been described by LiveTrigger Magazine as "the king of modern anti-folk", and has often been noted for his unique sound and stage presence, described by German Shepherd Records as "pure genius". His soulful, articulate songs often tell stories in nonlinear, surreal ways, with intricate, poignant guitarwork. ... more